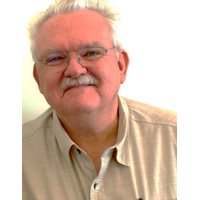 Mike was born to Wayne and Ruth Turpin Culp on October 19, 1946. He was raised in Inman SC and attended Clemson University, receiving a BS in horticulture and a master's degree in entomology. He served as a volunteer in the Peace Corps in Ethiopia in 1968-1969 as a rural development teacher, worker, consultant. It was in Ethiopia that he met Karin Bascom, and they were married on Valentine's Day in 1971.

Mike's interests and education led him to work as an agricultural extension agent with Clemson Extension Service, in Sumter, Dorchester, Beaufort, and Greenwood counties in South Carolina. While in Beaufort he became involved in Peace Corps training and learned of an administrative position as associate director, and then director, of Peace Corps in the Southern African country of Malawi. He was there from 1985-1989.

After returning to the US, Mike returned to school to become accredited to teach, and upon retirement in 2013 he had been teaching K-5 special ed in Pontiac Elementary School. Children loved his sense of humor, and in turn he shared with them his love of books. And he was a great story teller. His memorial service took place in the Episcopal/Lutheran Church of the Good Shepherd, in Galax, Virginia, on Saturday, January 25.